Pets have been crucial to boosting the spirits and motivation levels of their owners during lockdown, a new study has found.

As part of Battersea Dogs and Cats Home's new rescue pets campaign, the animal welfare charity spoke to 2,000 dog and cat owners about the joy of having a pet.

Britain’s pets have become crucial colleagues for their owners as they work from home by boosting morale and motivation and reducing stress and anxiety, research has found.

The research, carried out via OnePoll, coincides with Battersea’s new advertising campaign, which highlights the key role that rescue dogs and cats have played across the UK during quarantine. 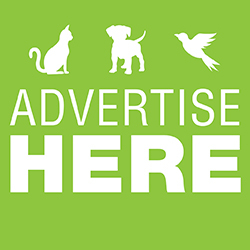 Directory
More News
1 year ago
Ashdown Forest: Dog Walking Code of Conduct
Do you know abou the 4 C's? Download the 'Code of Conduct' for dog walkers on Ashdown Forest.
1 year ago
June: National Mircochipping Month
Microchipping gives you the best chance of being reunited with your pet if they go missing.
1 year ago
Raystede offer quirky drawings to raise funds
Raystede are offering unique drawings of your pets to help raise vital funds. You could get one as a gift or treat yourself.
1 year ago
PDSA offer info on blue-green algae and dogs
What actually is blue-green algae and how do you spot it? Information from PDSA you should know.
1 year ago
Charities and vets issue reminder as temperatures soar
As temperatures soar across the country, vets are reminding pet owners not to leave their dogs in hot cars.